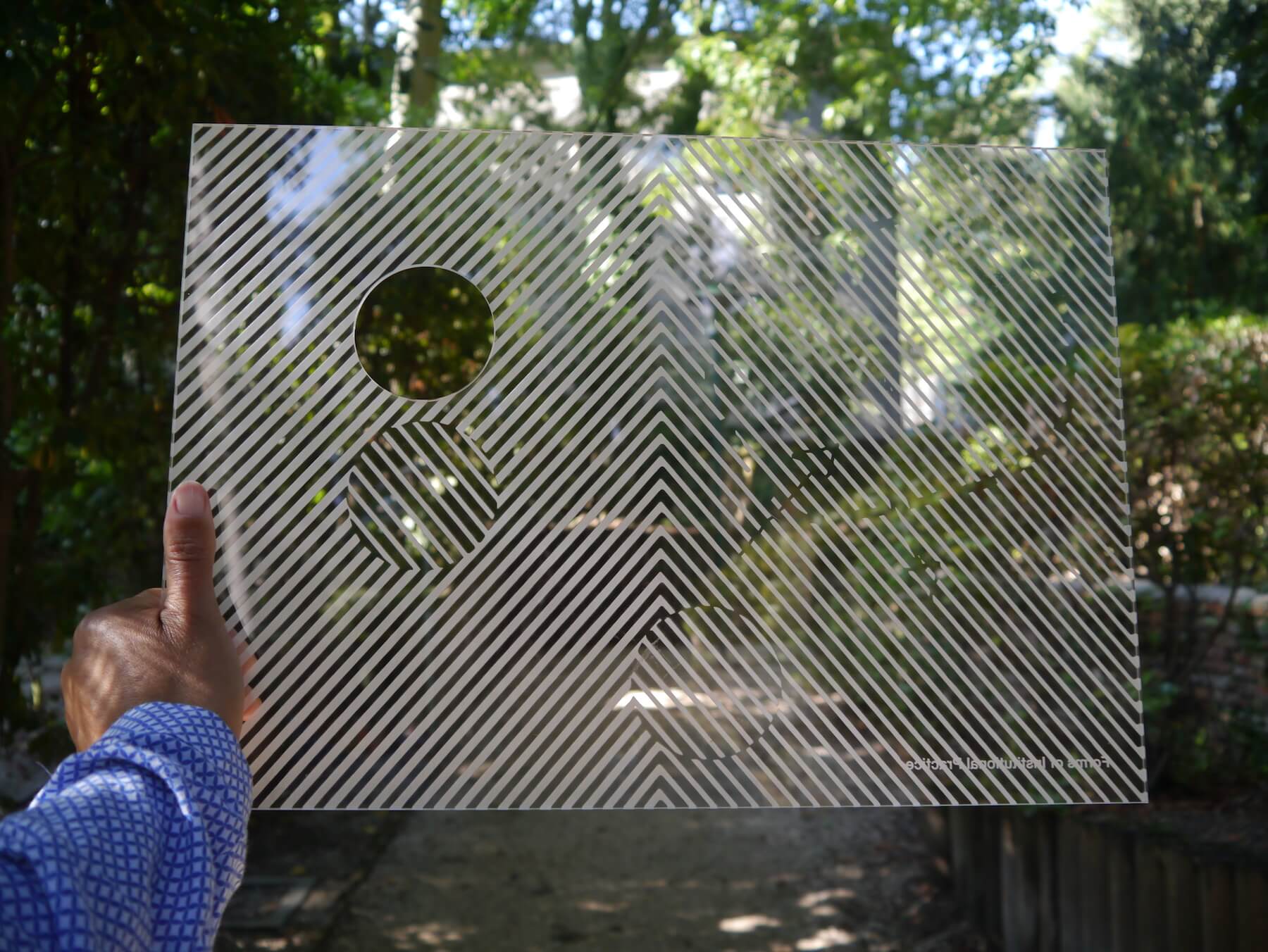 This project considers No Telos as institutionalised educational space, within a fluid, site-specific and temporal boundary. No Telos is observed not as a space of imparting knowledge, but of inculcating: a space of expedition. A collective testing ground, to propose, to unpick and unpack. Modes of operation within a field of differential space were observed. Collective practice was recorded and the resultant transformations documented.

The idea of documenting through decelerated forms of context responsive research was proposed. These included the application of drawing, frottage, measuring locations, counter mapping and marking out nodes of activity. Moving image and sound recordings were made, fragments to be composed and presented as ninety second dual screen vignettes. However, the position within the project expanded and the additional role of vigilant observer emerged. The vigilant observer worked as documenter, recorder, generator of archival visual evidence for others to access. As a result, accelerated forms of representation were adopted.

A Route Marked Out

Archeologic assemblages compress and expand the experience of engagement, capturing time and moving in formation through space. Structures and systems as a flow; passing and proceeding.
In a walking city, the documentation of walking was observed. A collective walking, as a particular form of engagement with land and connectors crossing water. Walking as embodiment of a closed conference, with a set of parameters and systems built in. The material phenomena captured a journey between two points, responding to the context and locating ways to document the physical space, as figures passed through.

The No Telos Publication will

be launched in Venice during the Biennale,